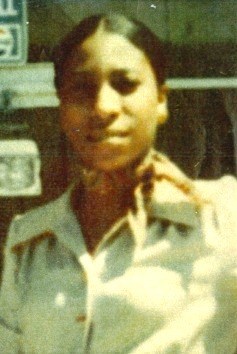 On April 8, 1979, Willie Ann Rucker called her sister from a grocery store after working late and asked her to take the three children to her apartment on West Donald Street in Waterloo, Iowa, where she would meet them.

Rucker, 27, was recently divorced and worked as a cocktail waitress in an east side lounge. Her sister cared for her three children — daughters Kim (10), Deena (9), and son David, one year old.

Just days earlier, the attractive young mother had placed a call to police and reported that a former boyfriend was scaring her. And, according to family members, Rucker would never have just abandoned her children or not checked in with them were she alive; most of the family believe Rucker was killed by an ex-boyfriend.

They reported her missing to the Waterloo Police Department on April 12.

Looking for a mother in every city 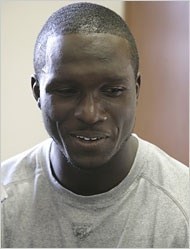 Courtesy photo Suzy Allman/The New York Times
David Barrett wouldn’t learn the truth about his mother until on his way to the N.F.L.

Growing up, Rucker’s two daughters and other family members shielded little David from the truth about what happened. They told him she’d been killed in an automobile accident when he was a year old, and it wasn’t until he attended a family reunion his senior year in college — and was on his way to the N.F.L. — that he would learn the truth.

In a September 2007 article published by The New York Times, David Barrett said an uncle let the truth slip out during the 2000 reunion.

“It was a shocker,” Barrett told the Times. “I had gone all my life trying to figure out what actually happened. Every time I’d ask somebody, they’d be like: ‘Go ask him. Go ask her.’ They kept pushing it around.”

Barrett and his sisters had been taken in by their maternal grandparents, who’d raised nine of their own children. By the time Barrett was ready to enter ninth grade, his oldest sister Kim Moss had just completed her undergraduate degree at Henderson State and wanted to become David’s legal guardian. David moved to Arkansas to be with her, and it was there at Osceola High School he met football coach Clinton Gore, who eventually became his mentor. 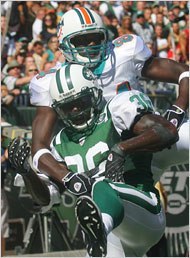 Courtesy photo Kirk Condyles/The New York Times
David Barrett, front, told the New York Times in 2007 that in every city he played, he entertained the fantasy his mother may miraculously appear.

Barrett played college football for the Arkansas Razorbacks, and during his college career had a total of 176 tackles, seven interceptions, three forced fumbles and five sacks. He majored in architecture. He was drafted in 2000 by the Arizona Cardinals in the fourth round, and after four seasons there, signed a six-year deal with the New York Jets and became the team’s starting cornerback.

Throughout his cross-country travels for games, Barrett held on to the hope his mother might still be alive. In every city, he told the Times, he entertained the fantasy that his mother may miraculously appear.

“I see people with her last name, and I wonder if they are any kin to me, any relation,” he said. “Because who’s to say that she’s not still out there living her life and not knowing what’s going on?”

Bringing up the subject is “kind of that taboo subject in the family,” Barrett said, where everyone was touchy and emotional whenever it was brought up. 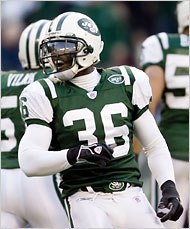 “I always felt that not having a mom was a big factor in my life,” he said in the Times interview. “I missed never having that person you can come home to and call Mom who will put her arms around you and tell you she loves you.”

Despite his reserved demeanor, the 5-foot-10, 195-pound Barrett “always made plays,” according to agent Drew Pittman.

“He’s always played bigger than his height,” Pittman said in a telephone interview with The New York Times in an article published October 1, 2006. “He’s a very strong guy, and he’s good at knocking receivers off their routes.”

Barrett was released by the Jets in February 2009 and is currently a free agent. He continues to search for answers in his mother’s unexplained disappearance.

Anyone with information regarding Willie Rucker’s unsolved disappearance is asked to contact the Waterloo Police Department at 319-291-4340 ext. 3, or Cedar Valley Crime Stoppers at 855-300-TIPS (8477). There is a reward for information leading to an arrest in this case.