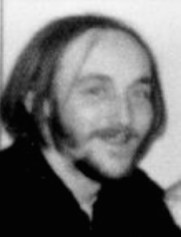 Richard N. Forsyth, 41, was reported missing to the Waterloo Police Department on January 13, 1994.

According to a Waterloo Cedar Falls Courier article published April 30, 2001, the Kirchhoff family tracked Forsyth to an uncle’s home in Arizona, but Forsyth allegedly got wind of the search from police and fled, Steven Kirchhoff’s mother Marga Kirchhoff told the Courier.

Forsyth paid cash for a Cadillac shortly before Kirchhoff disappeared.

Forsyth’s fingerprint information has been entered and is available at the Waterloo Police Department.

Nothing has been uncovered to officially link the two cases.

If you have any information about Richard Forsyth’s unsolved disappearance, please contact Sgt. Michael Rasmussen at the Waterloo Police Department at 319-291-4339 or Cedar Valley Crime Stoppers at 1-855-300-TIPS (8477). There may be a reward for information leading to an arrest and conviction in this case.