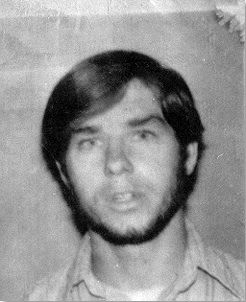 On Monday, August 12, 1974, sometime between the hours of 10:30 p.m. and midnight, someone shot 23-year-old Dennis Clougherty five times in the chest and left his body along Union Road, south of First Street in Cedar Falls, Iowa.

A passing motorist discovered the body early the following morning about 100 yards off U.S. Route 20 in Black Hawk County.

A coroner’s report indicated Clougherty died from five gunshot wounds to his body. 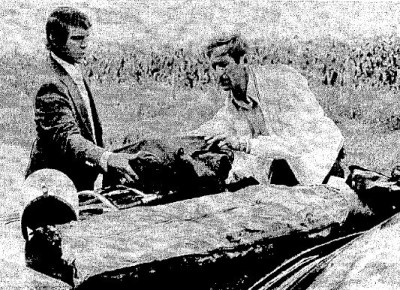 A Vietnam vet preparing to begin his last year of graduate school at the University of Wisconsin in Madison, Clougherty left Madison around 4 p.m. Monday with plans to hitchhike to Torrington, Wyoming, to retrieve his motorcycle and then ride it back to Detroit, Michigan, to attend a weekend family wedding. Clougherty’s motorcycle had broken down in Torrington earlier that year and he’d left it behind for repairs.

Clougherty’s route from Madison to Dubuque was never determined, but an investigation confirmed a motorist picked him up around 7 p.m. Monday while traveling westbound on Highway 20 near Dubuque, and gave him a ride to Independence, Iowa, dropping off Clougherty at a café there around 8:15 p.m.

Clougherty ate at the [then] Rush Park Café and left Independence around 9:15 p.m., hitchhiking westbound on Highway 20. Another motorist picked him up and drove him to Waterloo, dropping him off at the Highway 20 and Highway 63 intersection.

Clougherty’s route from Madison, Wis. was never determined, though he was later spotted in Dubuque, Independence and Waterloo, Iowa, traveling westbound on Highway 20. (courtesy Google maps)

Around 10:30 p.m., two men — both in their early 20s and driving a brownish/gold 1962-1964 Chevrolet with a beige interior — picked up Clougherty at the Kentucky Fried Chicken on Broadway Street.

Clougherty was never seen alive again and died about 30 to 45 minutes later along Union Road.

Officials didn’t consider robbery a motive, as Clougherty’s billfold still contained $80 and his backpack’s contents were left undisturbed. Police said there was no property missing from his person, and that they’d not determined a motive for the killing or identified any suspects in the case. 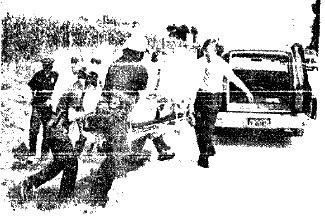 On the 35th anniversary of Clougherty’s murder, Cedar Falls Police appealed to those who may still know something to come forward with any information that might prove useful. With the passage of time, new technology could help make a difference in the case, but police said they needed new information to help point them in the right direction.

“It’s a long, long shot, but we wanted to throw it out there and see if we can get anything on it,” said Cedar Falls police officer Mike Briggs, who recently has been working at reassembling the case, in a Waterloo/Cedar Falls Courier article dated August 14, 2009.

According to the Courier, the case had been tucked away in storage until Briggs and Lt. Mike McCallum decided to give it another shot. A thick black binder showed the fruits of years of investigation, including interviews with those who saw Clougherty in his last days.

The original investigators in the Clougherty case are no longer with the department, and current detectives cited how frustrating the case was, particularly since they had received a great deal of help from the public in reporting anything connected with the case.

“He had a backpack and a white motorcycle helmet. Out hitchhiking he was very noticeable,” McCallum told the Courier.

Cedar Falls and Iowa law enforcement officials traveled to several Midwest states in the years following the murder to follow up on leads, but never solidified a motive or suspect.

“We’re hoping there’s somebody out there who’s known about this the whole time who’d also like to see closure to this and we’re hoping folks come forward,” McCallum said of the renewed public plea for information.

When the Iowa Division of Criminal Investigation (DCI) established a Cold Case Unit in 2009, Dennis Clougherty’s murder was one of approximately 150 cases listed on the Cold Case Unit’s new website as those the DCI hoped to solve using latest advancements in DNA technology.

Although federal grant funding for the DCI Cold Case Unit was exhausted in December 2011, the DCI continues to assign agents to investigate cold cases as new leads develop or as technological advances allow for additional forensic testing of original evidence.

The DCI remains committed to resolving Iowa’s cold cases and continues to work diligently with local law enforcement partners to bring the perpetrators of these crimes to justice for the victims and their families.

He was a 1968 graduate of Bishop’s Latin School in Pittsburgh and a 1971 graduate of Dayton University with a BS in Industrial Engineering.

At Dayton, he served as president of the Institute of Industrial Engineers student chapter. An honor student, Dennis was active in student government and a member of the Junior Industrial Engineering Program sponsored by Eastman Kodak. 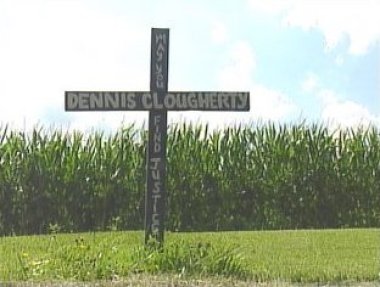 Courtesy photo KWWL.com
A marker remains on the site where Dennis Clougherty lost his life. It reads, “May You Find Justice.”

His parents said while in Dayton, he had done urban redevelopment work in ghetto areas.

After graduating from Dayton, Dennis joined the U.S. Navy in 1972, where he won the American Spirit Honor Medal. During one year in the Navy he advanced to the rank of seaman second class.

In 1973, Dennis entered graduate school at the University of Wisconsin, studying Urban Redevelopment and Planning on a grant he’d received based on recommendations from his Dayton teachers.

He would have graduated the following year with his master’s degree in industrial engineering.

In addition to his parents, survivors included five brothers, M. James, Christopher D., Brian P., John A., and Michael J., all at home.

His parents passed away — his father in 2010 and his mother in 2011 — without ever seeing their son’s case solved.

If you have any information about this case, please contact the Iowa Division of Criminal Investigation at (319) 277-4601, email dciinfo@dps.state.ia.us, or contact the Cedar Falls Police Department at (319) 273-8612.